There are two people called Michael at Osterman Research, and that can get pretty confusing on briefing calls and in lots of other situations too. We keep it clear with this simple rule:

Mike is the Founder and President of Osterman Research, and its Principal Analyst. Mike is focused on understanding, analyzing and forecasting markets for messaging, collaboration and related technologies. Osterman Research, Inc. was founded in 2001.

Michael is the Senior Analyst at Osterman Research, with broad interests in cybersecurity, data protection and information governance. Michael prepares survey reports and white papers for new projects, coordinating their completion through to publication. See recent reports by Michael.

Michael is the author of seven books on collaboration and user adoption, including Re-Imagining Productive Work with Office 365, User Adoption Strategies (2nd Edition), and Collaboration Roadmap.

Michael holds a Master of Commerce with first-class honours in telecommunications-based IT from the University of Canterbury in New Zealand. Several times a week you will find Michael putting in lengths at the local swimming pool–it’s a great place to think. 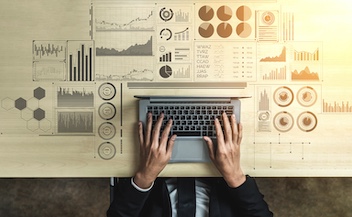